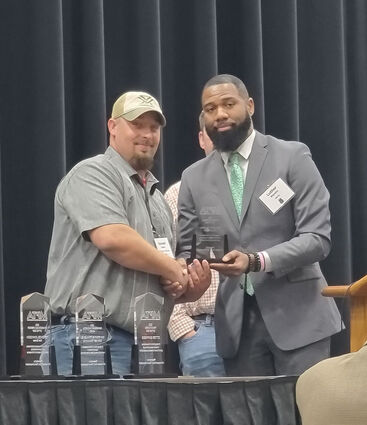 White Earth Public Transit has been recognized across the state and the nation for their operations, expansion, leadership, and their innovative response in a time of need during the Covid-19 Pandemic.

White Earth Transit has been able to secure many state and federal operating grants over the years to assist with the continued growth of our rural transit system, the most recent success is a $3.6-million section 5339 Buses and Bus Facilities grant which is a federally awarded competitive capital grant from Federal Transit Administration.

Some of the innovations that White Earth Public Transit has implemented are adding electronic fare collection systems to buses and integrating propane buses to lower emissions.

The nomination for Minnesota Transit Professional of the year came from Dean Templin who presented the award to Kenneth along with MPTA staff at the annual conference on Oct. 24 in St. Cloud, Minn.