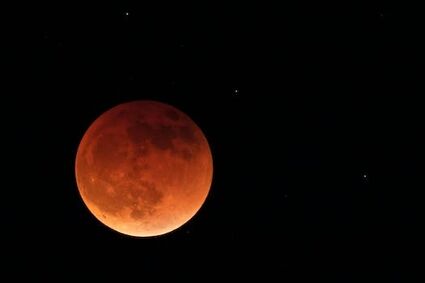 CAPE CANAVERAL, Fla. - Better catch the moon's disappearing act Tuesday - there won't be another like it for three years.

The total lunar eclipse will be visible throughout North America in the predawn hours - the farther west, the better - and across Asia, Australia and the rest of the Pacific after sunset. As an extra treat, Uranus will be visible just a finger's width above the moon, resembling a bright star.