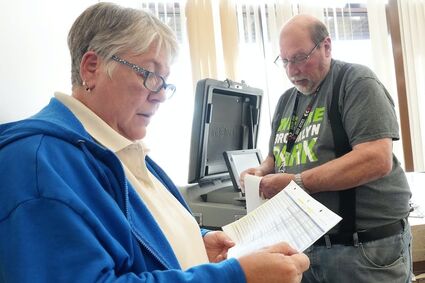 A small group gathered at the Brooklyn Park Water Treatment plant last week to do the painstaking work of preparing for a statewide election.

Local officials fed paper ballots into machines, marking some incorrectly to make sure the equipment caught the errors. Workers carefully checked the results against a spreadsheet. These accuracy tests, which happen across the state before any election, are open to the public but usually sparsely attended.

"It can be a little boring," admitted Ginny Gelms, the elections director for Hennepin County. "Sometimes people show up and they're like, 'OK, I've seen enough.'"