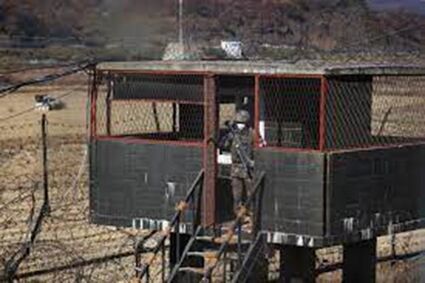 The North Korean manoeuvres follow the firing of more than 80 rounds of artillery overnight and the launch of multiple missiles into the sea on Thursday, including a possible failed intercontinental ballistic missile (ICBM).