How Russian soldiers ran a 'cleansing' operation in Bucha 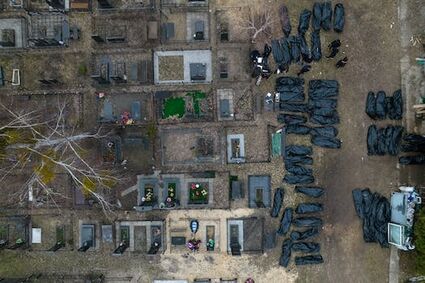 Policemen work to identify civilians who were killed during the Russian occupation in Bucha, Ukraine, on the outskirts of Kyiv, before sending the bodies to the morgue, April 6, 2022.

BUCHA, Ukraine - The first man arrived at 7:27 a.m. Russian soldiers covered his head and marched him up the driveway toward a nondescript office building.

It was a cold, gray morning, March 4 in Bucha, Ukraine. By nightfall, at least nine men would walk to their deaths at 144 Yablunska street, a building complex that the Russians turned into a nerve center of violence that would shock the world.