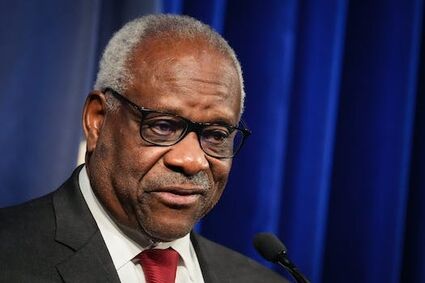 Lawyers for President Donald Trump saw Supreme Court Justice Clarence Thomas as key to overturning the results of the 2020 election, according to a set of emails provided to congressional investigators.

Eight emails, ordered released by U.S. District Judge David O. Carter of California, include correspondence between Trump lawyers Kenneth Chesebro, John Eastman and others discussing various legal strategies to convince Republican members of Congress to object to the official certification of electoral votes in a joint session of Congress on Jan. 6, 2021.

In an email from Chesebro to Eastman and several others sent on Dec. 31, 2020, Chesebro argued that Thomas would "end up being key" to asking the high court to overturn then-President-elect Joe Biden's win in contested states, and that they should "frame things so that Thomas could be the one to issue some sort of stay or other circuit justice opinion saying Georgia is in legitimate doubt."