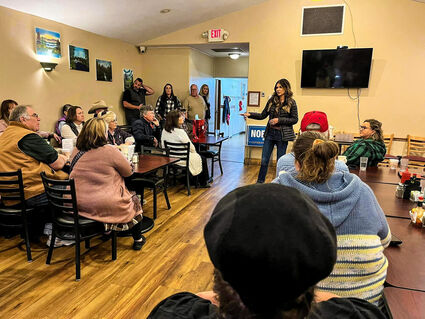 A Native man from Crow Creek, South Dakota, was fired this week after a photo of him making a lewd gesture while standing beside Republican Gov. Kristi Noem went viral.

Stefen Monteau worked as a cook at a cafe that Noem visited recently. Her staff posted the photo of her standing beside Monteau and another woman that became widely shared on social media after people noticed Monteau's middle finger on his right hand was raised.

Monteau set up a GoFundMe page Monday after he said he was fired from job after customers complained to his boss.