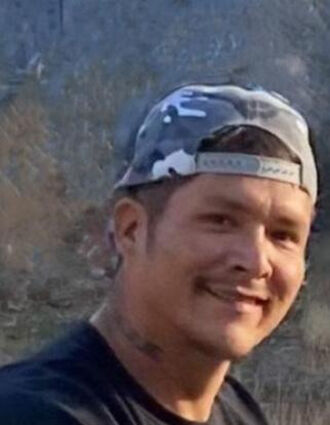 Colin "Kenny" Kenneth Hanson, age 37, "Be ba'kum e goo naan" meaning "He Walks in the Woods, He's Hard to Catch and Hard to See" of the Bear Clan and from Cass Lake, Minnesota began his journey to the spirit world on Friday, October 28th, 2022, from Cass Lake, MN.

Kenny was born in Bemidji, MN on February 25th, 1985, to Kimberly (Brown) St. John and Marvin Hanson. He was an outdoorsman who loved fishing, hunting, and ricing. Some of his more favorite things to do were playing cards and metal scrapping with his dad. Kenny had a kind heart and always had a smile on his face, which might explain why he was a baby magnet...even babies that didn't like anyone else, loved him. He was a movie buff and could quote hundreds of movie lines. Kenny was a lover of ALL animals, but dogs were his favorite. He had a wealth of knowledge when it came to animals and loved sharing his random animal facts. Kenny enjoyed family gatherings, but he loved his babies more than anything else in the world. His smile will be missed but never forgotten.

Those who he will be greeted by are his daughter, Nya Hanson; an infant child; grandparents, Daniel and Jeanette Brown and Joyce and Kenneth "Squince" Hanson; uncles, Gerald and Doug Hanson and Frank Brown; and auntie, Oras Smith.

A wake for Kenny will begin at 6:00 p.m., Monday, October 31st and continue until his 10:00 a.m. traditional service on Wednesday, November 2nd, all to be held at the Veteran's Memorial Building in Cass Lake, MN. Pallbearers for Kenny will be Douglas Butcher, Richard Butcher, Dante Jackson, Daniel "Sun" Barrientez, Robert Fairbanks, Sr., James Baird, Jr. and Robert Budreau. His honorary pallbearers are Gerald Butcher, Riley Butcher, Dominic Butcher, Ernest Dunn, Henry Sutton, Edward St. John, Mark Hanson, Jr. and all of his family. Interment will be in the Prince of Peace Cemetery at Cass Lake, MN.

Kenny's care has been entrusted to Northern Peace Funeral Home of Walker, MN. Online condolences for the family may be left at http://www.northernpeace.com