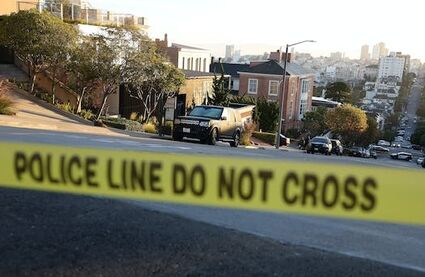 Police tape is seen in front of the home of Paul Pelosi, the husband of House Speaker Nancy Pelosi, in San Francisco on Friday.

ASHINGTON - The man accused of attacking House Speaker Nancy Pelosi's husband carried zip ties with him when he broke into the couple's San Francisco home, according to a person briefed on the investigation, in what is the latest parallel to the Capitol riot of Jan. 6, 2021.

The person was not authorized to publicly discuss the Pelosi case and spoke to The Associated Press on condition of anonymity Sunday.

The attack on Democratic leader's 82-year-old husband, Paul Pelosi, less than two weeks before before the Nov. 8 election that will determine control of Congress as well as key statewide and local offices, was an unsettling reminder of the nation's toxic political climate. With threats to public officials at an all-time high, members of Congress were being urged to reach out for additional security resources, including increased police patrols of their neighborhoods.