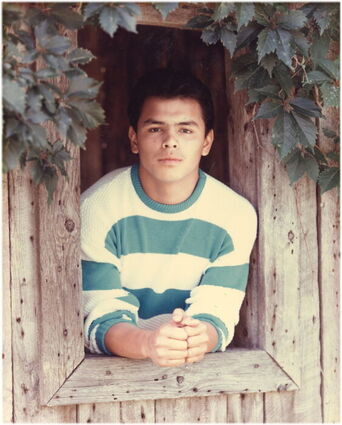 Todd "Shu Shine" Russell Smith I, "Ishkodem Benaise" meaning "Fire of the Thunderbird" age 53, of the Bullhead Clan and Cass Lake, MN, unexpectedly started his path with the Lord on Saturday, October 22, 2022, from his home in Cass Lake. He was born September30, 1969, in Cass Lake, MN, the son of Mary Jo Smith and Clyde Monroe.

Todd was mostly raised by his grandma. In 1986 he met his high school sweetheart and who became the love of his life, Anna Goose, at the Bug School softball fields. They graduated from Bug-O-Nay-Ge-Shig School in Bena, MN in 1989. Together, in 1988, they were expecting their first child, Jazmine, 1990 came Lena. They moved to Battle Point in 1995. In 1997 they had Vanessa and their only son, Toddie, was born in 1999. Todd coached his first Little League team of all girls and Tyler. He played softball with the "Rez boys" of Leech Lake and was fast around the bases. Todd worked at Leech Lake Housing, helped build bridges, was an amazing carpenter and artist. He worked as an entrepreneur and homemaker until his passing. He loved woodburning, at any given moment he usually had about ten crafts going at once. He enjoyed reading novels by, John Grisham and James Patterson. He loved spending time with his children and 14 grandchildren. He enjoyed riding his bike everywhere and you'd often see him out cruising. He liked going to the casino on his "old man coupon days." Todd will be remembered for his humor, love, and big heart for everyone he crossed paths with.

Todd's care has been entrusted to Northern Peace Funeral Home of Walker, MN. Online condolences for the family may be left at http://www.northernpeace.com