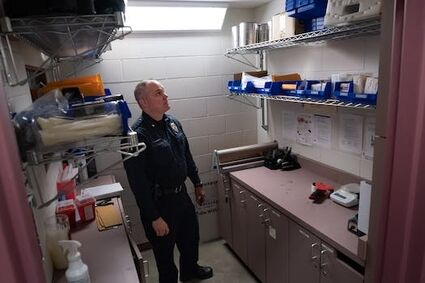 Chaska's mayor want to raise the city's levy by 20%, in part to pay for a new police station. Police Chief Ryan Seibert was shown Thursday in the small evidence processing room the department has outgrown.

A larger school levy went into effect this year, bumping up Chaska homeowner Matthew Rydberg's property tax bill, so when he learned that the mayor wants to raise the city's levy by 20%, Rydberg paused.

It's a big bump amid the inflation, uncertain economic outlook and rising home values already squeezing taxpayers, but Mayor Mark Windschitl has campaigned for re-election this year on plans to invest in a new police station, public works building and library, among other things.

Rydberg, who said he votes for his interests and not according to a political party, said he wants to do his own homework before he decides whether to support the levy increase. In the end, the tax plan will likely guide his vote for the city's next mayor.