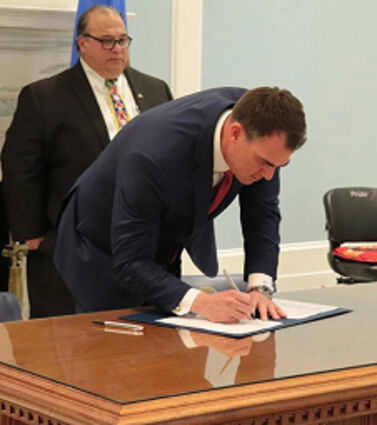 In a notice sent to Timothy J. Kelly, a judge in the United States District Court for the District of Columbia dated October 11, 2022, the attorneys retained by the governor cite the Oklahoma v. Castro-Huerta ruling as a reason for wanting to dismiss a 2020 lawsuit by Citizen Potawatomi Nation, Cherokee Nation, Choctaw Nation and Chickasaw Nation, The four tribes were seeking to stop gaming compacts Stitt signed with four other tribes.

The compacts the Governor signed with the Otoe-Missouria Tribe, Comanche Nation, United Keetoowah Band of the Cherokees and Kialegee Tribal Town were controversial from the beginning.

The agreements were signed in the months after the majority of tribes in Oklahoma believed the Model Gaming Compact between the state of Oklahoma and the tribes had automatically renewed.