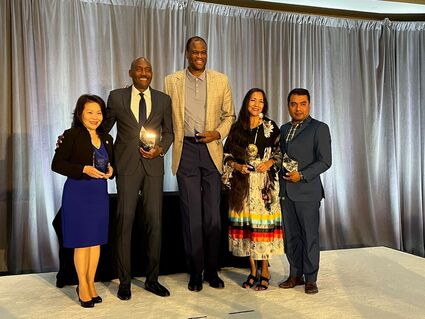 The award recognizes local leaders advancing racial equality and economic opportunity in Black, Hispanic-Latino, Asian American, and Native American communities. The award comes with a $200,000 grant, which Titla will direct to UNITY, a national network organization with a mission to foster the spiritual, mental, physical, and social development of Native youth.

Titla is an enrolled member of the San Carlos Apache Tribe and was selected for her extraordinary contributions to breaking racial barriers and creating opportunities for people of color. She has served as UNITY's executive director since 2013 and previously as a Trustee. She has significantly increased participation in UNITY's programming across the country as executive director. She has enhanced the UNITY network by adding almost 200 Youth Councils and engaged 2,500 youth attendees at their National conference in 2020, a 92 percent increase in attendees since 2013.