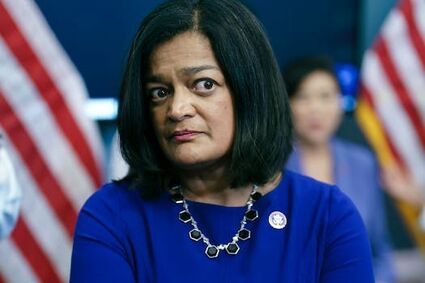 WASHINGTON - A group of progressive Democrats in Congress said Tuesday it had retracted a letter to the White House urging President Joe Biden to engage in direct diplomatic talks with Russia after it triggered an uproar among Democrats and raised questions about the strength of the party's support for Ukraine.

In a statement, Rep. Pramila Jayapal, the chair of the Progressive Caucus, said the caucus was withdrawing the letter it sent less than 24 hours prior. It was signed by 30 members of the party's liberal flank.

"The letter was drafted several months ago, but unfortunately was released by staff without vetting," the Washington Democrat wrote in a statement. As chair of the caucus, Jayapal said she took responsibility for this.