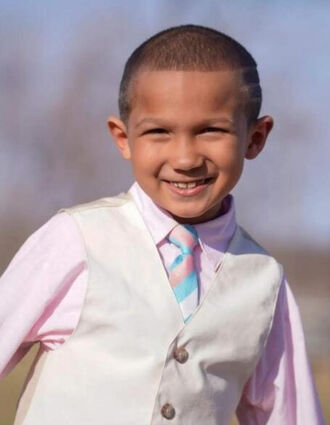 Robert Lee Elmberg, Jr., "Stink", 10 years old, made an unexpected journey to the spirit world on Thursday, October 20th, 2022, from Onigum, Minnesota. Robert was born in Bemidji, MN on October 1st, 2012, the son of Christina Doerr and Robert Elmberg, Sr.

Robert was a loving brother, great friend, the best son a parent could ask for, everyone loved him. He was a momma's boy, the first-born son. Robert could light up any room when he entered with his big, beautiful, vibrant smile he always wore on his face. He was an avid fisherman; he would fish sunup till sundown and out fish everyone around him. He enjoyed boxing, playing football, soccer, and baseball with his friends and cousins. He loved to play Fortnite and trade Pokémon cards with his little brother and friends. He loved listening to music, swimming, froggin', building forts, having sleep overs with his friends- he always had a bag packed and ready to go! Robert was ambitious, adventurous, compassionate, self-confident, energetic, fearlessly brave, handsome, creative, strong, and outgoing little man who will be missed dearly by all who were lucky enough to know him. Robert was a great big brother and helper. He loved cooking breakfast in the morning, just like his dad!

The wake for Robert Jr. will begin at 2:00 p.m. on Thursday, October 27th and continue until his 11:00 a.m. funeral service on Saturday, October 29th all being held at the Onigum Community Center in Onigum, MN. Father George Ross will officiate. Pallbearers for Robert will be Robert Elmberg, Sr., Christopher Fisher, Anthony Fair, Ricky Fair, Derek Doerr, and Randy Skipintheday. Alternate pallbearers are Roger Skippingday, Jr., Jeremiah Smith, and Chuck Dares. His honorary pallbearers are Marcus Elmberg, Maliquii Day, Victoria Steeprock, MJ Deikmann, Dean Elmberg, and all his friends at school. Interment will be in the St. John's Episcopal Cemetery in Onigum, MN immediately following his Saturday services.

Robert Jr.'s care has been entrusted to Northern Peace Funeral Home of Walker, MN. Online condolences for the family may be left at http://www.northernpeace.com 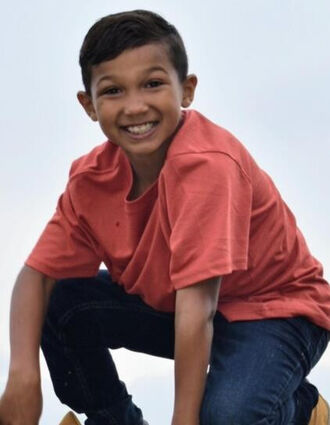