If bumbling Packers hope for rally like 2016, there's a flaw in their logic 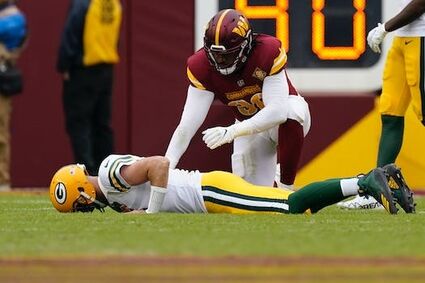 Packers quarterback Aaron Rodgers (12) lay on the turf with Commanders defensive end James Smith-Williams (96) over him on Sunday afternoon.

History tells us that it is foolish to praise the Vikings or bury the Packers too early in a season.

Specifically, if you're a Vikings fan with a good memory for pain or a Packers fan searching for optimism, there are some significant parallels between the start of the 2016 season for both teams.

That year, the Vikings started 5-0, including an early-season home win over the Packers, and looked like they would be poised to win the division.