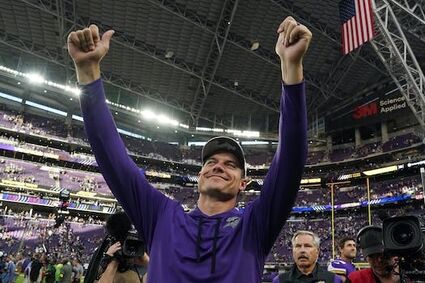 The Vikings are back from their bye week, leading the NFC North by themselves in late October for the first time in five years and set for an 11-game stretch that will determine if this team is more like its predecessors from 2017 or 2016.

In 2017, the Vikings hit their bye week at 6-2 after a win over the Browns in London, won seven of their final eight and won the NFC North by four games over the Lions, who finished ahead of the Packers for second place after Aaron Rodgers broke his collarbone at U.S. Bank Stadium in October.

The 2016 team went 5-0 before the bye, returned to Mike Zimmer's warning that "fat cats get slaughtered" before a game in Philadelphia and lost eight of its final 11, finishing 8-8 and becoming the sixth team to miss the playoffs after a 5-0 start since the NFL expanded to 12 playoff teams in 1990.