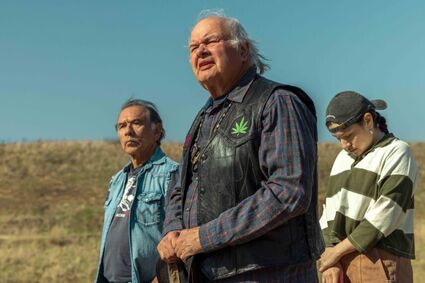 TORONTO - For the first time since the COVID pandemic, the imagineNATIVE Film + Media Arts Festival returned to Toronto with films on the big screen in front of live audiences eating popcorn, parties across the city and a celebration of the career of Gary Farmer.

The festival honors creative works in digital media, experimental, animation, feature and documentary film. It is the only Indigenous film festival in which the film that wins the Live Action Short film is eligible for Academy Award consideration. This year's winner was Roxann Karonhiarakwas Whitebean for her film, "Rose."

The festival screened 19 feature films and more than 100 short films by Indigenous creatives from around the world. There were films for family and friends, romance lovers, horror fans as well as environmental defenders and language warriors.