DOJ Prosecutors Have Evidence To Charge Trump With Obstruction In Mar-A-Lago Case-But Still Unclear If They Will, Report Says 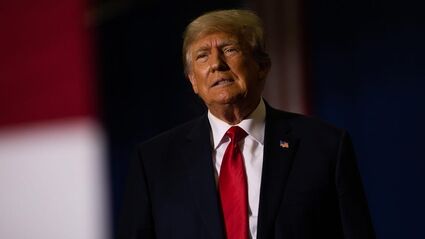 Former President Donald Trump gets ready to speak during a Save America rally on October 1, in Warren, Michigan. Getty Images

Justice Department prosecutors believe there's enough evidence to charge former President Donald Trump with obstruction in the agency's investigation into documents he brought back to Mar-A-Lago, Bloomberg reports-but investigators are reportedly still conflicted on whether it's wise to charge the ex-president, and any indictment is unlikely to come soon.

A group of DOJ prosecutors believe that Trump could be charged with obstruction based on the evidence, Bloomberg reports, citing anonymous sources familiar with the investigation, but they have not yet made any formal recommendation on whether he should be charged to Attorney General Merrick Garland, who would make the final call.

If the DOJ does bring charges against Trump, it likely wouldn't be until after Christmas, according to Bloomberg, and would certainly be after the midterm elections on November 8.