A Celebration of Indigenous Peoples, History, and Cultures on November 1st 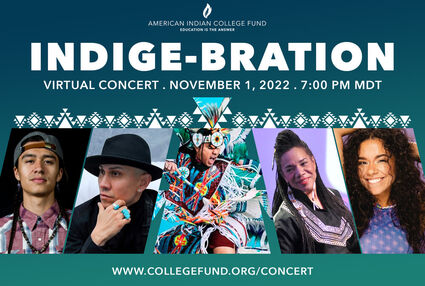 Denver, Colo.-September 27, 2022– Mark your calendars! The American Indian College Fund is hosting a free streaming concert to celebrate Native American Heritage Month on Tuesday, November 1, 2022, at 7 p.m. MDT. The event will feature performances by Native and Non-Native entertainers and artists allied with Native causes from across the nation.

Native students continually share that one of the biggest challenges in their education and in their lives is that Native people are not seen and heard. The American Indian College Fund is working to create a nation where Native people are visible, their voices are heard, and their contributions are valued-in higher education, in their careers, in our communities, and in the nation.

To see a full list of performers and to register for the free event, please visit http://www.collegefund.org/concert.