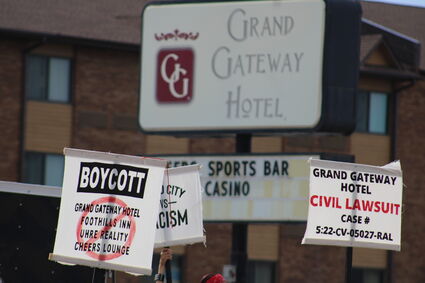 RAPID CITY, S.D. - Yesterday, the U.S. Department of Justice filed a lawsuit against the Grand Gateway Hotel in Rapid City, alleging the company violated the civil rights of Native Americans.

The DOJ alleges that the Grand Gateway Hotel and Cheers Sports Lounge and Casino discriminated against Native American customers. Title II of the Civil Rights Act of 1964 prohibits discrimination on the basis of race, color, religion or national origin in places of public accommodation, such as hotels and other places of entertainment.

"Policies prohibiting Native Americans from accessing public establishments are both racially discriminatory and unlawful," Assistant Attorney General Kristen Clarke of the Justice Department's Civil Rights Division said in a statement yesterday. "The Justice Department will continue to vigorously protect the rights of all people to go about their daily lives free from discrimination at hotels, restaurants and other public accommodations around the country."