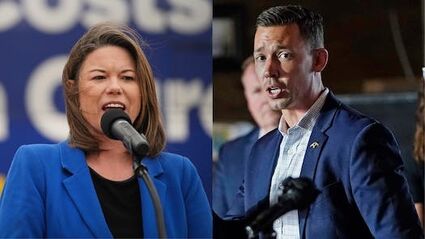 WASHINGTON – Democratic U.S. Rep. Angie Craig has outraised Republican challenger Tyler Kistner in recent weeks, but millions in outside spending from partisan groups are influencing the race for Minnesota's most competitive congressional district.

The two are running to represent the Second District, which stretches from the Twin Cities' southern suburbs through rural communities toward Mankato.

Federal filings show that Craig brought in a little under $1.6 million while spending more than $3.27 million from July 21 through the end of September. The Democrat seeking a third term has over $3 million in cash left to spend while trying to overcome midterm headwinds challenging Democrats across the country.