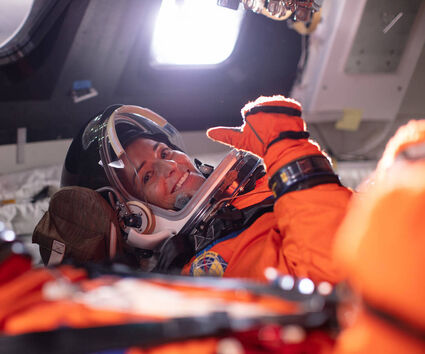 Tomorrow, people around the world will get the chance to see the first-ever Indigenous woman in space in a live-streamed in-flight interview with Nicole Aunapu Mann (Wailacki of the Round Valley Indian Tribes).

The live stream will begin at 12:40 p.m. ET on Wednesday, Oct. 19, and can be viewed at nasa.gov/nasalive. The interview will be conducted from the Kennedy Space Center in Cape Canaveral by Associated Press Aerospace Writer Marcia Dunn. Dunn solicited questions for the interview from various media outlets, including Native News Online.

Mann made history earlier this month when she became the first Indigenous woman ever to be launched into space. She serves as the mission commander on NASA's SpaceX Crew-5 space mission on the Dragon spacecraft named Endurance.