Metal detectors added at one Mall of America entrance after gunfire, robbery

The security measure is being tested on a trial basis, a mall spokeswoman said 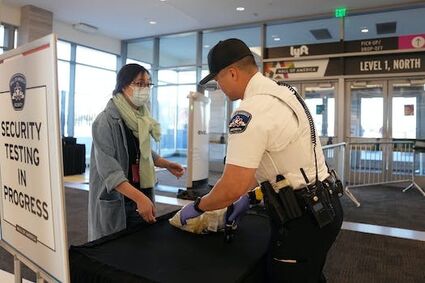 A Mall of America security officer checked IDs and bags at the Level 1 North Entrance with the new Evolv screeners Tuesday in Bloomington.

The Mall of America now is using metal detectors at one of its entrances on a trial basis, a move taken after two incidents of gunfire within the past year and nearly eight weeks after a man with a rifle allegedly robbed two retailers and forced a lockdown of the massive shopping and entertainment complex.

Bloomington police were notified of the mall's security enhancement about a week ago, Deputy Police Chief Michael Utecht said Tuesday.