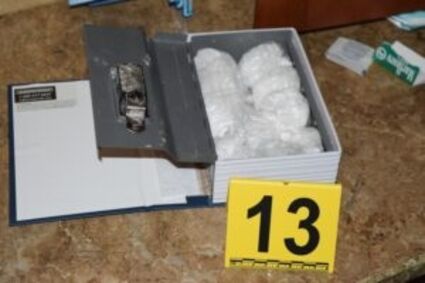 A Cass Lake man has been ordered to serve almost 10 years in prison for felony drug-related crimes.

ineligible possession of a firearm

Budreau was then sentenced to serve 118 months in prison.

According to the criminal complaint filed by the Cass County Attorney's Office, law enforcement executed a search warrant at a travel trailer in the Cass Lake area on Aug. 24. During that search, law enforcement located the drugs, which included more than 300 grams of suspected methamphetamine and 280 grams of fentanyl.

Authorities also found five firearms along with ammunition, which Budreau was ineligible to possess due to multiple felony convictions, including a 2004 conviction for attempted second-degree murder.