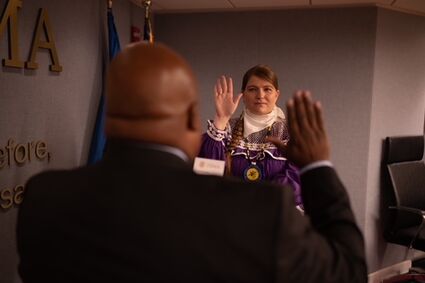 Kelbie Kennedy, a citizen of the Choctaw Nation of Oklahoma, was sworn in yesterday and will be formally announced later today as the first tribal political appointee in FEMA history. Kennedy will advise the agency and its Administrator on tribal affairs, while working to ensure that FEMA lives up to its treaty and trust responsibilities to tribal nations.

"Tribal Nations and communities deserve to have their voices heard, especially when it comes to preparing for, responding to, and recovering from disasters," FEMA Administrator Deanne Criswell said in a prepared statement. "Ms. Kennedy has spent her career working on issues related to tribal emergency management and resilience, homeland security, and public safety. FEMA and the Biden-Harris Administration will benefit greatly from her compassion and competence.