Most students at the East Side school are non-Native 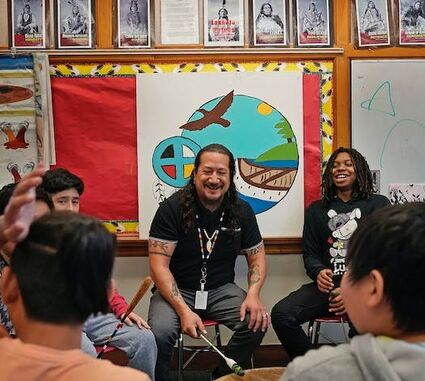 It was near the end of the school day, and in a classroom with a tribal nation's flag hanging in a corner, the drummers were pounding - a group of nine fifth-graders and teacher Thomas Draskovic.

Darwin Villeda, 10, had his eyes locked on three kids seated across from him, sensing his moment, and he took it. He raised his stick higher and sent it crashing down, helping propel the song to its finish while singing the Lakota lyrics.

A Spanish speaker at home, Darwin was asked later if he understood the words. He replied: "I've been drumming since first grade. I know all the songs."