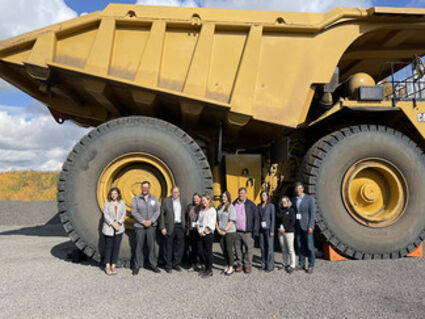 The 'Build What Matters' tour wrapped up in Duluth after three days in Northeastern Minnesota. State Commissioners connected with communities and showcased what makes Minnesota one of the most welcoming and competitive states in the country for attracting and growing businesses.

The tour's final day began with Launch Minnesota, a statewide collaborative effort to accelerate the growth of startups and amplify Minnesota as a national leader in innovation. The commissioners met with startups and economic development officials in Duluth and Northland about support for new and emerging businesses. Duluth Mayor Emily Larson and Launch MN Executive Director Neela Mollgaard led the discussion on Launch Minnesota's growing statewide network, and the strengths and areas of growth for startups in Northeast Minnesota.

The second stop of the day was a bus tour of the Port of Duluth, led by Minnesota Pollution Control Agency Commissioner Katrina Kessler. Commissioner Kessler, along with PAC and Department of Natural Resources experts, spoke about the importance of the Port and the St. Louis River for the shipping economy and the environment, and the restorations being done. Department of Transportation Commissioner Nancy Daubenberger discussed infrastructure improvements, including the need to replace the Blatnik Bridge, which is aging, but critical to both Minnesota and Wisconsin. 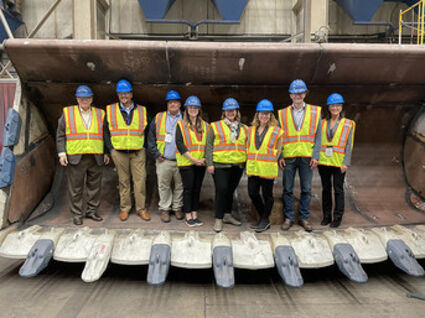 Minnesota Power, a division of Allete, inc., hosted the Capstone Forum, the final event of the tour. The commissioners shared reflections from the tour and hosted small-group conversations with business and civic leaders from the region, following a welcome from Mayor Larson and APEX President Rachel Johnson. The group heard from Allete CEO Beth Owens, who discussed Allete's leadership in the clean energy transition, as well as Commissioner Grove, who spoke about the Roadmap for Equitable Economic Expansion and the administration's work to build an economy that works for everyone. Commissioner Grove also touched on the 'Build What Matters' initiative to expand Minnesota's prosperity and encourage business growth in our state.

This year's Build What Matters Commissioners tour was an important opportunity to meet with businesses and communities in Northeastern Minnesota. Commissioners were thrilled to hit the road, see some of what makes Minnesota great, and to find out what more state agencies can do to help it thrive.