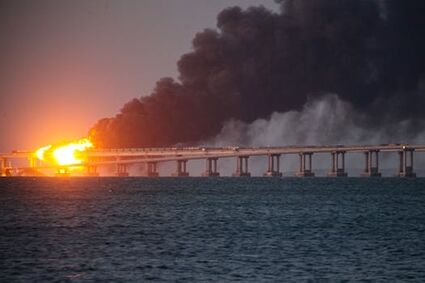 The Kerch Bridge, which holds important strategic and symbolic value to Russia in its faltering war in Ukraine, was hit a day earlier by what Moscow has said was a truck bomb. Road and rail traffic on the bridge were temporarily halted, damaging a vital supply route for the Kremlin's forces.

"There's no doubt it was a terrorist act directed at the destruction of critically important civilian infrastructure of the Russian Federation," Putin said during a meeting with the chairman of Russia's Investigative Committee, Alexander Bastrykin. "And the authors, perpetrators, and those who ordered it are the special services of Ukraine."