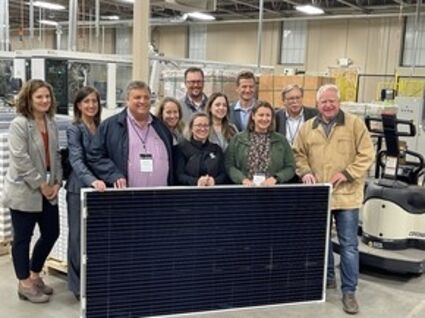 A group of state commissioners from Governor Tim Walz's Cabinet headed north this week as part of the Department of Employment and Economic Development's (DEED) Build What Matters tour, eager to connect with communities and community leaders in northeastern Minnesota about issues they may be facing. The Build What Matters tour's focus is to showcase what makes Minnesota one of the most welcoming and competitive states in the country for attracting and growing businesses – and learn what can be done to make it even better.

Sappi: The first stop on the tour was Sappi, a paper mill located in Cloquet. Sappi is a global diversified wood fiber company, and the third largest exporter in Minnesota as well as one of the greenest mills in the country. While touring the facility, Department of Agriculture Commissioner Thom Peterson spoke about the Bioincentive Program established by the Minnesota State Legislature in 2015 to encourage commercial-scale production of advanced biofuels, renewable chemicals and biomass thermal energy through production incentives.

Cloquet Leadership Luncheon: The second stop was at the Community Memorial Hospital, where the commissioners met with civic leaders from Cloquet, Carlton County, and the Fond du Lac Tribal Council. The group discussed community concerns about factors staunching economic growth, such as housing, broadband, and childcare. DEED Commissioner Steve Grove spoke with the group about expanding educational opportunities and supports for families and parents, and how agencies have worked together to propose policies to better support Minnesotans.

Komatsu Mining: Next, the group made a stop at Komatsu Mining, a global construction and mining manufacturing business located in the city of Virginia. Komatsu recently opened a facility in 2012, with nearly 70 employees. Department of Transportation Commissioner Nancy Daubenberger spoke about the recent collaboration between the Minnesota Department of Transportation, the Iron Range Resources and Rehabilitation Board and the City of Virginia to add a left turn lane into Komatsu Mining at the intersection of Highway 53 and P&H Road this summer. Prior to this addition, Komatsu vehicles couldn't sit in the median without encroaching into traffic.

Tribal Dinner: To cap off the first day, the group met with Tribal Partners at the Fortune Bay Resort in the city of Tower to discuss Minnesota's Climate Action Framework, as well as the Roadmap for Equitable Economic Expansion Report. Tribal leaders and commissioners discussed the value of collaboration and consultation on important issues like workforce development and agreed to continue working together to ensure equitable support for all people in Minnesota.

Heliene: The second day of the tour kicked-off in Mountain Iron at Heliene, a solar panel production company. Heliene is Minnesota's only solar panel factory, and the solar panel market is projected to hit $22.9 billion in 2025. The commissioners were joined by Gov. Tim Walz, and they discussed clean energy as an important growth industry in Minnesota. Department of Commerce Commissioner Grace Arnold and DEED Commissioner Grove spoke about the green jobs industry, and they concluded that, as it expands, it's critical for state commissioners, policymakers and leaders do everything possible to understand this sector's growth potential and support Minnesota companies like Heliene.

U.S. Steel: The tour's stop at U.S. Steel brought celebration of direct reduced iron (DRI), a new product never before produced in Minnesota. DRI is a purer form of iron that can be used directly in electric arc furnaces – which currently use about 60 percent of the steel produced in the United States. Gov. Walz spoke of the value of working together to build a durable economy, and Minnesota's success in preparing our economy for the future. 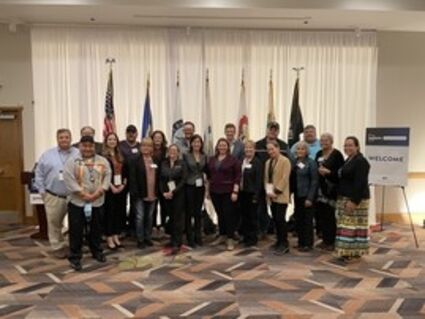 Detroit Diesel Remanufacturing (DMR): The third stop of the day was DMR, a Hibbing company moving into and investing in electric vehicle remanufacturing for trucks following 15 years of producing new and remanufactured electronics components for heavy-duty equipment, trucks, passenger vehicles, agriculture, transit and rail industries. Iron Range Resources & Rehabilitation Board Commissioner Mark Phillips led the group's discussion about DMR's new expansion on the horizon in 2024, and their hope that their strong hiring practices-flexible hours, onsite training-will bring in more workers.

Cirrus Aircraft: The final stop of day two was Cirrus Aircraft in Duluth, where the commissioners got a behind-the-scenes tour of the manufacturing floor. Commissioner Grove said that Cirrus, already the largest manufacturing employer in Duluth, recently announced a large expansion in Duluth that is expected to bring dozens of new engineering jobs and fill a building that has been vacant since early in the COVID-19 pandemic. The expansion will be very positive – not only for Cirrus and its employees, but for the Duluth community as a whole.