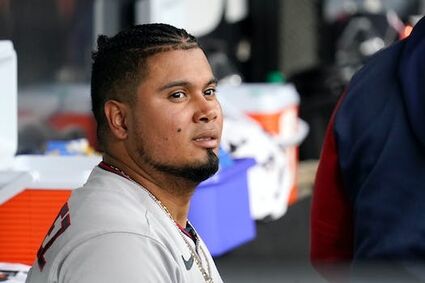 Luis Arraez looked out from the Twins dugout after leaving Wednesday's game in Chicago.

Sure, from swinging the bat so well all season in order to claim the American League batting title, which he officially won in the Twins' 10-1 victory over the White Sox on Wednesday.

But also from stretching out for all the hugs he received in the wake of his achievement. Like one from Gio Urshela as he exited the game in the third inning after sending a soaring double to the center field wall. Or the one from Carlos Correa at the top of the dugout as the announced crowd of 18,918 at Guaranteed Rate Field gave him a small ovation. Or the one from his wife, Gladys, after he exited the visiting clubhouse with a open champagne bottle in hand.