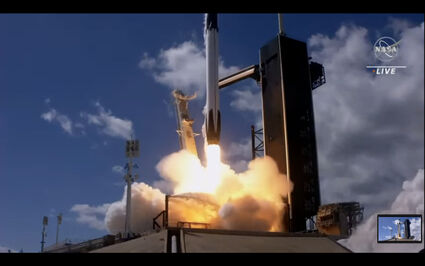 History was made on Wednesday when Nicole Aunapu Mann (Wailacki of the Round Valley Indian Tribes) became the first Native American woman ever to be launched into space.