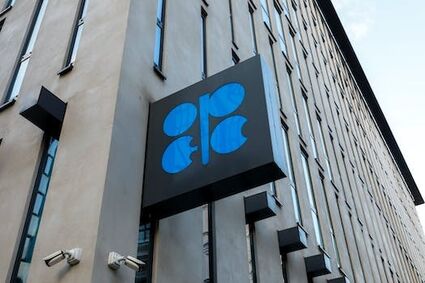 The logo of the Organization of the Petroleoum Exporting Countries (OPEC) is seen outside of OPEC's headquarters in Vienna, Austria, March 3, 2022.

Energy ministers cut production by a larger-than-expected 2 million barrels per day starting in November after gathering for their first face-to-face meeting at the Vienna headquarters of the OPEC oil cartel since the start of the COVID-19 pandemic.

The group said the decision was based on the "uncertainty that surrounds the global economic and oil market outlooks." Saudi Energy Minister Abdulaziz bin Salman stressed the group's stated role as a guardian of stable energy markets.