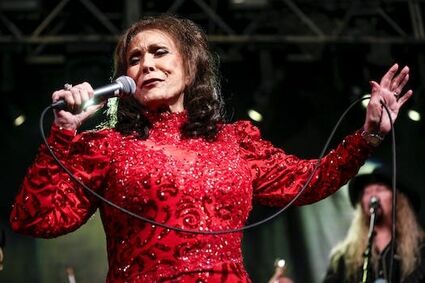 Loretta Lynn performs at the BBC Music Showcase during South By Southwest on March 17, 2016, in Austin, Texas.

NASHVILLE, Tenn. - Loretta Lynn, the Kentucky coal miner's daughter whose frank songs about life and love as a woman in Appalachia pulled her out of poverty and made her a pillar of country music, has died. She was 90.

In a statement provided to The Associated Press, Lynn's family said she died Tuesday at her home in Hurricane Mills, Tennessee.

"Our precious mom, Loretta Lynn, passed away peacefully this morning, October 4th, in her sleep at home in her beloved ranch in Hurricane Mills," the family said in a statement. They asked for privacy as they grieve and said a memorial will be announced later.