The rally is Thursday evening at Clyde Iron Works. Duluth is the first stop on their three-city tour of Minnesota 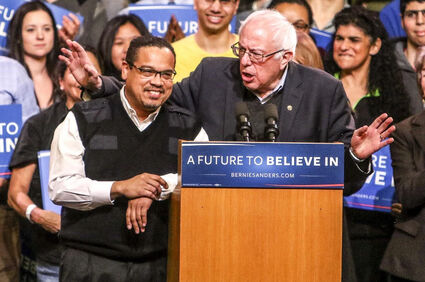 A rally in Duluth will be Thursday evening at Clyde Iron Works. According to Sanders' website, those who wish to attend can RSVP at act.berniesanders.com/signup/rsvp-bernie-duluth-oct-rally/ .

Ellison and Sanders will also hold two rallies the following day in Rochester and Minneapolis. U.S. Reps. Ilhan Omar and Pramila Jayapal will join them at the Minneapolis rally.