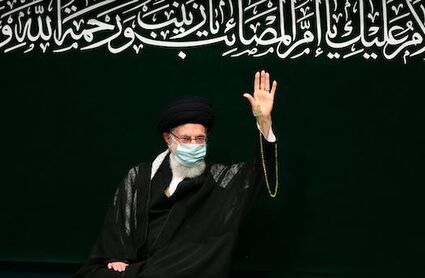 In this image released by the official website of the office of the Iranian supreme leader, Supreme Leader Ayatollah Ali Khamenei waves to his well-wishers in mid-September.

DUBAI, United Arab Emirates - Iran's supreme leader Ayatollah Ali Khamenei responded publicly on Monday to the biggest protests in Iran in years, breaking weeks of silence to condemn what he called "rioting" and accuse the United States and Israel of planning the protests.

The unrest, ignited by the death of a young woman in the custody of Iran's morality police, is flaring up across the country for a third week despite government efforts to crack down.

On Monday, Iran shuttered its top technology university following an hours-long standoff between students and the police that turned the prestigious institution into the latest flashpoint of protests and ended with hundreds of young people arrested.