Record bust in Bloomington: Man charged with having 24 pounds of fentanyl in hotel 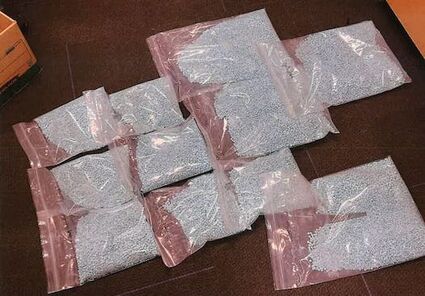 Provided by the Bloomington Police Department

Police arrested a man in Bloomington with 24 pounds of Fentanyl.

Bloomington police said Thursday that they caught a 36-year-old man at a hotel with 24 pounds of fentanyl, one of the largest seizures in the state of the potent opioid that is causing a surge in overdose-related deaths and big headaches for law enforcement.

Marcus Trice, 36, of the Seattle area is charged in U.S. District Court in Minneapolis with possession with intent to distribute fentanyl. Trice remains in federal custody in the Sherburne County jail without bail and has a court hearing scheduled for Nov. 10.