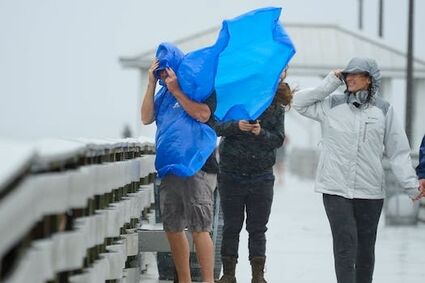 ST. PETERSBURG, Fla. - Hurricane Ian, one of the most powerful storms ever recorded in the U.S., swamped southwest Florida on Wednesday, turning streets into rivers, knocking out power to 1.8 million people and threatening catastrophic damage further inland.

A coastal sheriff's office reported that it was getting many calls from people trapped in homes. The hurricane's center struck near Cayo Costa, a protected barrier island just west of heavily populated Fort Myers.

Mark Pritchett stepped outside his home in Venice around the time the hurricane churned ashore from the Gulf of Mexico, about 35 miles (56 kilometers) to the south. He called it "terrifying."