Marc Geoffrey Jones, age 45, of Minneapolis, MN, formerly of Redby, MN, passed away unexpectedly at his home in Minneapolis on Tuesday, September 20, 2022.

Marc was born on May 19, 1977, in Red Lake, MN, to Mary Jones and William Fairbanks. He worked at Thief River Falls Seven Clans Casino as well as various other jobs throughout his life. He loved hanging out with friends and family. He liked playing pool, golfing, watching basketball and football, making jokes and laughing and being on Facebook. Above all, he loved his children and grandchildren. He will be lovingly remembered by his family and friends.

He was preceded in death by his grandparents: Harry and Viola Fairbanks and Pauline and Theodore Jones; his sister, Gwendolyn Fairbanks; brother, Gregory Fairbanks; aunts: Elizabeth Jones and Marilyn Jones, and numerous other family members. 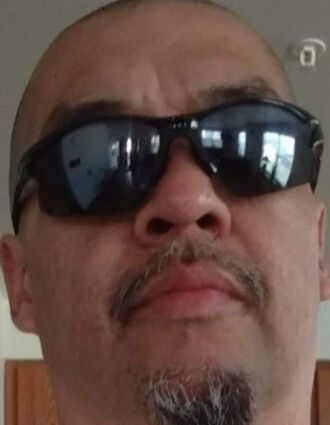