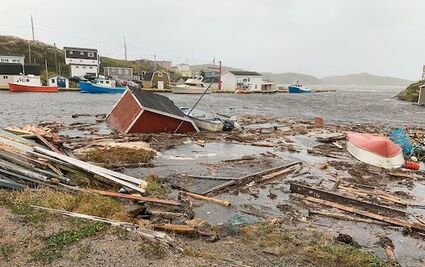 TORONTO - Hundreds of thousands of people in Atlantic Canada remained without power Sunday and officials said they found the body of a woman swept into the sea after former Hurricane Fiona washed away houses, stripped off roofs and blocked roads across the country's Atlantic provinces.

Defense Minister Anita Anand said troops would help remove fallen trees, restore transportation links and do whatever else is required for as long as it takes.