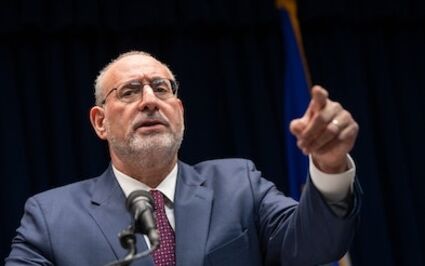 U.S. Attorney Andrew Luger described the case as the largest pandemic fraud in the country, calling it "a brazen scheme of staggering proportions."

The director of the Feeding Our Future nonprofit and 47 other people were charged Tuesday in what federal prosecutors say was a "massive scheme" to defraud the government of more than $250 million meant to feed needy children during the pandemic.

In a news conference, U.S. Attorney Andrew Luger described the scheme as the largest pandemic fraud in the country and said the charges amount to one of the largest federal fraud cases ever brought in Minnesota.

"These 47 defendants engaged in a brazen scheme of staggering proportions," Luger said, hours before charges against another defendant were unsealed. "Their goal was to make as much money for themselves as they could while falsely claiming to feed children during the pandemic."