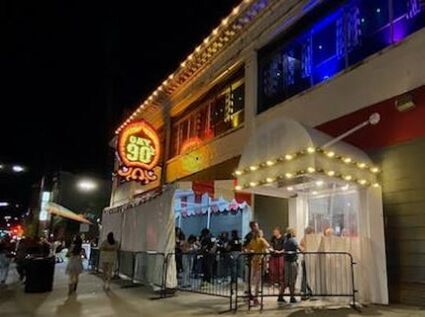 Patrons outside bars in Minneapolis have been targeted by a network of thieves who steal people's cellphones, drain their financial apps and then sell the phones to a man who ships them to buyers overseas, according to newly filed charges.

A roving network of sometimes violent robbers stole cellphones from people near bars in downtown Minneapolis and Dinkytown for nearly a year, draining their transaction apps of money totaling more than $275,000 and routinely selling the phones to a man who ships them to buyers overseas, according to charges filed Tuesday.

Charges of racketeering were filed against 12 people "following a groundbreaking and extensive joint investigation" by the Minneapolis Police Department and the Minnesota Bureau of Criminal Apprehension, which looked into 65 cases during the past year, the Hennepin County Attorney's Office said in a statement.

The defendants who worked the streets often targeted intoxicated people as they left bars at closing time as far back as June 2021, the charges read.