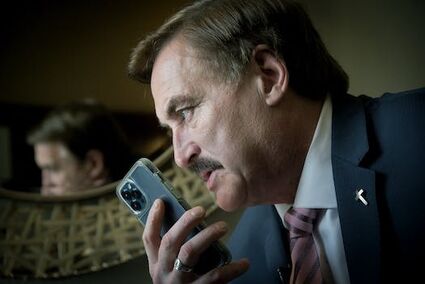 Joseph A. Garcia, Special to the Star Tribune

MyPillow CEO Mike Lindell, whose quixotic attempt to sell the country on debunked election conspiracies has gone nowhere during the past two years, found himself back at the center of national attention Wednesday. But it took a fast-food run-in with the FBI and the seizure of his cellphone to get him there.

Lindell, speaking with the Star Tribune from another phone, recounted pulling through a Hardee's drive-thru in Mankato on Tuesday night only to have a group of federal agents surround him and seize his cell phone.

"A car pulled perpendicular in front of me. Another one to my right. Another one came up behind me, all different kinds of cars," Lindell said. "I opened the door, I said 'Who are you people?' And they said, 'We're the FBI.' "