'No words can emphasize the feelings that we're going through' 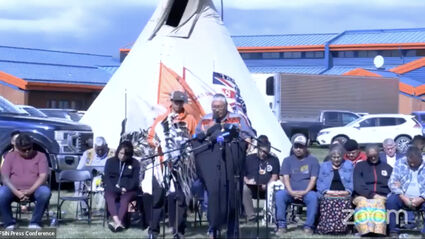 At a press conference this afternoon, leaders of the James Cree Nation spoke publicly for the first time about the mass murder of 10 people on and near the reservation in Saskatchewan, Canada.

Indigenous leaders, Canadian government officials, the Royal Canadian Mounted Police, and members of the victims' families were in attendance.

On Sunday, Sept. 4, brothers Myles and Damien Sanderson reportedly went on a deadly stabbing spree in 13 separate locations throughout the James Smith Cree Nation and in the nearby village of Weldon.