The Ramsey County District Court jury awarded $35 million in damages. Interest accruing since 2016 has added $21 million to the total 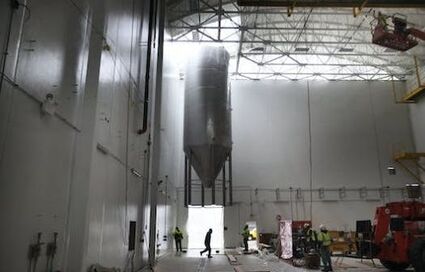 The interior of the Summit Brewery in St. Paul.

A Ramsey County jury's verdict means a $56 million payout for a St. Paul man who was severely scalded by hot water that escaped from a high-pressure hose while working at Summit Brewing Company.

DeWarren Harris, 33, was awarded more than $35 million in damages by jurors who at the end of the 2 1⁄2 -week trial Wednesday found that the makers of the power-washing hose and the St. Paul's brewery were negligent when he was burned over 40% of his body from the unintended release of 180-degree water as he cleaned a warehouse floor in the canning room in May 2014.

Harris is also in line to collect from the defendants another $21 million in interest, which has been accruing since initial legal action was taken in 2016, his attorney Bruce Rivers said Thursday.