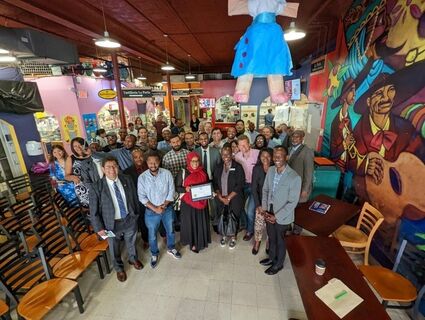 We had a great day taking our "Summer of Jobs" campaign to Mercado Central in Minneapolis – it was an opportunity to highlight workers from immigrant and refugee communities as important sources of talent during this historically tight labor market, as well as to celebrate the critical work that's come out of the Office of New Americans in the last two years.

Immigrants and refugees from all parts of the globe are an important part of Minnesota's economy, representing a significant source of the state's business entrepreneurs and a large part of Minnesota's labor force – now and in the coming years. Mercado Central is a great example of a thriving marketplace made up of 35 Latino-owned businesses that has become a national model of community economic development.

In the last ten years Minnesota has added 81,400 New American workers, and just over 50% of our recent labor force growth has been driven by immigrants. This will certainly continue, as immigrants on average are much younger than the native-born population, which is aging rapidly and starting to show a dip in labor force participation rates as retirements pick up. Of the 435,000 immigrants in Minnesota that were aged 16 years and older, there were 316,245 foreign-born workers in the labor force, reflecting a 72.7% participation rate. That's higher than Minnesota's current overall participation rate of 68.4% from July.

Those numbers show that people from immigrant populations communities are ready and willing to work when connected with opportunities. Opportunity was a word used a lot during our panel discussion. Whether it's employers removing specific degree requirements for certain job positions, or government programs providing more translated documents or dedicated staff to help immigrant business owners apply for small business grants or loans, there are lots of ways immigrants and refugees more successfully welcomed and integrated into our state and workforce. In the last two years, we've seen the significance of that integration process first-hand, thanks in part to the work of our Office of New Americans.

Celebrating the Office of New Americans

Mohamed fills the role of departing Assistant Commissioner Anisa Hajimumin, who started and led Minnesota's Office of New Americans (ONA) for two years. Funded through private grant funding, the ONA convenes interagency work around immigrant and refugee policy priorities and works with new immigrants in Minnesota to help them maximize their potential in the economy.

We're grateful to Anisa for her extraordinary efforts to serve immigrants and refugees, particularly through the darkest days of the COVID-19 pandemic. Her legacy will live on through the ongoing work of the Office of New Americans. We're also grateful to Abdiwahab for stepping into the assistant commissioner role so there's no interruption in our services to immigrants and refugees – services that are more important now than ever before

Most recently, the ONA has been deeply involved in helping Afghan refugees transition to life in Minnesota and find opportunities for their families. Additionally, the office has expanded its commitment to immigrants and refugees over the last two years by launching programs such as the Internationally-trained Health Care Workers to help health care workers land strong roles in Minnesota's health care sector. 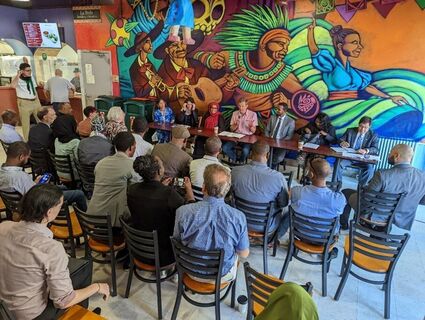 Last legislative session, DEED worked to secure state funding to extend the ONA into future years – beyond the end of the grant funding, which concludes in July 2023. That commitment will continue in the 2023 legislative session, and the Walz-Flanagan Administration is committed to hiring a full-time Assistant Commissioner in a second term.