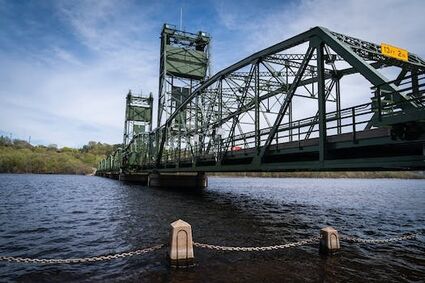 The Stillwater Lift Bridge in downtown Stillwater, shown in 2020.

Scofflaws beware: Jumping from the Stillwater Lift Bridge has officially been outlawed.

Long a magnet for thrill-seekers and bored teenagers on hot summer days, the historic span was the subject of a new Stillwater ordinance passed without comment by the City Council on Tuesday that says violators could get slapped with a petty misdemeanor and a $300 fine.

"We all kind of thought it was illegal anyway," said Stillwater Mayor Ted Kozlowski, who said he and other council members were surprised to learn that no specific ordinance barred jumpers.