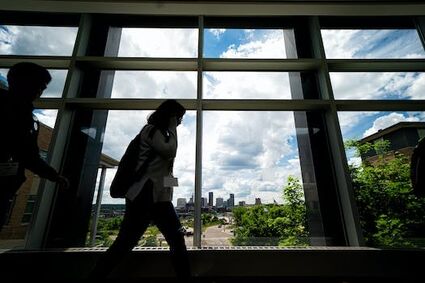 The Professional Educators Licensing and Standards Board is considering requiring new teachers to prove their cultural competency before they're certified to teach in Minnesota. Professors and administrators representing several of the state's colleges of education, including Metropolitan State University (pictured here), have voiced their support for the change.

A proposed update to the licensing requirements for new Minnesota teachers - the addition of a cultural competency standard - has become yet another flashpoint in the partisan battle over education.

The Professional Educator Licensing and Standards Board (PELSB) has been developing the new standards, including the language requiring teachers to acknowledge the various backgrounds and gender identities of their students, for three years. The update is necessary, the board and supporters say, to better serve Minnesota's increasingly diverse student population.

"It's really just meant to make sure that teachers have the tools to reflect on their own bias," PELSB Executive Director Alex Liuzzi said in an interview.