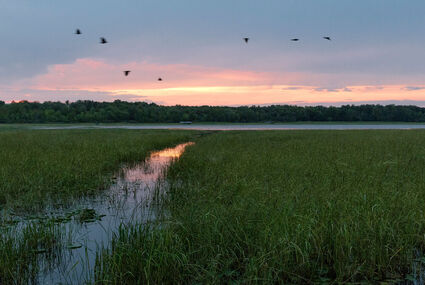 EVANSTON, Ill. - A Northwestern University-led research team has received a $5 million grant over five years from the National Science Foundation (NSF) to develop new methods to help mitigate the effects of climate change on the GreatLakes and its surrounding natural ecosystems.

By partnering with Indigenous and Native American scientists, conservation agencies and government agencies, the team will focus on manoomin (the Ojibwe word for wild rice), a critical - yet declining - part of the Great Lakes ecosystem and a sacred food that connects Native communities to the land.

The project is one of five new Coastlines and People (CoPe) Hubs, announced last week by NSF. It marks the first CoPe Hub for the Great Lakes region.