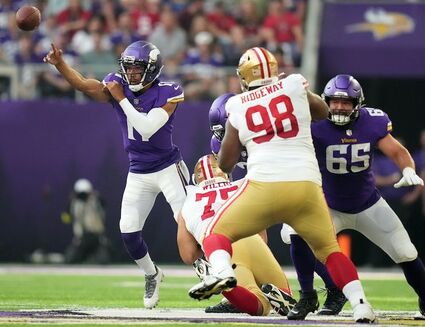 Blacklock, 24, is a former 2020 second-round pick by the Texans who was deployed mostly as a rotational defender in 3-4 schemes the past two seasons. He'll help replace Watts, who started nine games last year and was released Tuesday in a surprising move after lining up as a starter throughout training camp. Watts had three tackles and a sack in 30 preseason snaps while transitioning to a different position as a 3-4 defensive end.